K. L. Going is the award-winning author of numerous books for children and teens. Her first novel, FAT KID RULES THE WORLD was named a Michael Printz Honor Book by the American Library Association, and was included on YALSA’s Best Books for Young Adults list and their list of Best Books for the Past Decade.

Her work has also been published in Korea, Italy, Japan, Germany, Spain, China, Romania, and the UK. Her novel FAT KID RULES THE WORLD is an independent film that premiered at the SXSW film festival and won an Audience Award. It is also currently being workshopped for Broadway! Her novel KING OF THE SCREWUPS has been optioned for television.

K.L. began her career working at Curtis Brown, Ltd., one of the oldest literary agencies in New York City. She has written short stories, for several anthologies and currently has published multiple picture books in addition to her novels. She also leads professional workshops at the Highlights Foundation and teaches Language Arts at the Homestead Montessori School in Glen Spey, NY. Finally, K.L. Going is a mom to a truly awesome kid!

To visit K.L. on-line go to klgoing.com, facebook.com/klgoing, twitter.com/klgoing, and Instagram.com/klgoing
Workshop title: Intelligence Having Fun: How to Nurture Your Creative Spirit

Albert Enstein once said, “If you always do you always did, you will always get what you always got.” In this workshop, we’ll celebrate and explore the creative process. If you’re feeling stale, distracted, or uninspired, we’ll try some exercises that might help you reconnect with your creativity. If you’ve always done things the same way, we’ll look at strategies to shake things up. As writers, creativity is one of our most important tools — come prepared to give your creative side some much needed time to play. 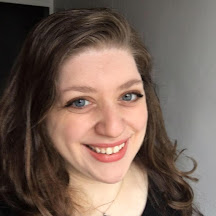 Alison S. Weiss has been in publishing for more than ten years. She’s currently acquisitions editor at Pixel+Ink, a publisher focused exclusively on series publishing with transmedia potential, where she’s worked on many series, including TWIG AND TURTLE by Jennifer Richard Jacobson, THE GREAT PEACH EXPERIMENT by Erin Soderberg Downing, and the forthcoming THE CURIOUS LEAGUE OF DETECTIVES AND THIEVES by Tom Phillips.

She’s run her own editorial consultancy working with publishers including Arctis, Simon & Schuster, and Audible, as well as private clients, and was Editorial Director at Sky Pony Press, where her list included William C. Morris Finalist DEVILS WITHIN by S.F. Henson, the PROJECT DROID series by New Your Times bestselling author Nancy Krulik and Amanda Burwasser, illustrated by Mike Moran, the TIMEKEEPER trilogy by Tara Sim, and the Mahabharata-inspired CELESTIAL TRILOGY by Sangu Mandanna.

In 2016 she was named a Publishers Weekly Star Watch Honoree. She’s been trying to live up to the title ever since. You can follow her on Twitter @alioop7 and learn more about Pixel+Ink at pixelandinkbooks.com
Workshop title: From Book Concept to Series Plan

Stand-alone books are fantastic, but sometimes as a writer, you aren’t quite ready to let your characters go, or you have so many ideas for what they could do within their world. Some stories are just meant to be told over multiple books, whether that means a fixed arc or a concept where the possibilities could stretch on as long as there are readers to devour them. Still, taking a book idea and figuring out how to stretch it into its full potential as a series can be a dauting task when one book is hard enough!

In this workshop, we’ll talk about different approaches to planning a and building a series across age levels and genres using examples from Pixel+Ink’s list as case studies. Choosing a book idea (whether it’s a project already in the works or a new idea), attendees will be guided through distilling their book down to the series core before using the techniques explored in this workshop to brainstorm future books individually and in small groups. By the end of this workshop, attendees should have a rough potential series plan that can be continued to develop for pitching to potential agents or publishers. Time will be reserved for Q&A.

Jalen Garcia-Hall, Editorial Assistant, Scholastic Inc.  will critique manuscripts. Jalen is an editorial assistant who works on middle grade and young adult. A reader in every age category, Jalen is particularly interested in young adult fiction and high fantasy that emphasizes the diversity of human experience.